DISCLAIMER: The below blog entry was written by an outside, unrelated party and does not necessarily express the opinions or views of or associated with the RemoteICU brand or the individuals associated with the RemoteICU brand. The blog is not necessarily endorsed or supported by RemoteICU nor was the entry reviewed and accepted by individuals associated with RemoteICU. The blog entry is provided simply to address and create interest in topics of import related to telemedicine. Your own independent research and decision-making and seeking of expert / professional opinions are required before you make any decisions whatsoever or form any opinions with respect to any topics addressed therein. By reading the blog entry, you consent to accepting the terms and conditions in this disclaimer.

While championing the copious benefits of Tele-ICU to encourage industry acceptance and uptake, the most undeniable factor is the reduction in patient mortality rates. Hospitals and ICUs exist to save, prolong life, and improve life by enhancing patients’ clinical outcomes; therefore, why would the question of implementing Tele-ICU even be a debating discussion if it can significantly add to the effort and ability to do so?

The many benefits of TELE-ICU uptake have been much discussed, especially during the COVID epidemic. It boils down to the overall possibility to save lives, particularly in disastrous and unanticipated situations.

A June 2021 systematic meta-analyses review published in PubMed gives an overview of the effect of TELE-ICU on mortality. Researchers first pointed out the recognized advantages of TELE-ICU, including providing health care over distance, increasing access for people with transport obstacles or living in remote or rural areas, and the viability for patients, clinicians, and overall health care delivery.

Most importantly, the premise of the review was that changes in health care delivery (in-person vs. telehealth) should not result in unsafe or inferior care. Hence, the authors provided a holistic view of current evidence regarding TELE-ICU safety. The authors collated findings from articles published between 2010-2019 on the effect of TELE-ICU intervention on mortality compared to traditional care. The main disciplines represented were intensive care, cardiovascular, pulmonary, neurology, and obstetrics. They concluded that, in general, telehealth did not increase mortality rates. They stated that this was evidence for decision-makers to support and guide telehealth implementation plans. As many physicians will allude to, one of the primary principles taught during training programs and that by which they operate their professions: Number one priority is do not unwittingly do the opposite of what you are there for, by actually causing harm.

Compared to recent years, experts expressed doubt concerning the viability of TELE-ICU – especially regarding financial aspects and lack of research. However, perspectives have changed, and research has intensified, proving that telehealth saves lives.

The author referred to a study presented at the 2021 Critical Care Congress Virtual Event. The study found that ICU patients who received overnight TELE-ICU services were less likely to die and more likely to be discharged faster than those who received traditional ICU care with no overnight on-site intensivist.

Moreover, the investigators expressed that while the study was retrospective, ending just before the COVID pandemic began, the results underscore the value of TELE-ICU when critical care experts are in short supply. the study “In an ideal world, patients would have an intensivist at the bedside 24/7, but the reality is that even if we had all of the money in the world, we don’t have enough trained professionals to do the job.”

Also, ICU patients who obtained telemedicine care had 18 percent higher life-expectancy rate, were 1.6 less days in the ICU, and 2.1 fewer in the hospital. Researchers also found that patients admitted on the weekend were no more likely to die than those admitted on a weekday, despite weekend admission being a known risk factor for ICU death. The main reason was the ability of off-site command centers to provide a high level of care, allowing quicker discovery of health issues and moving patients faster down the care chain, hastening recovery.

The focus of TELE-ICU use cases is the ICU. However, what about Progressive Care Unit (PCU) patients? There is a gaping hole of research in this arena. The study presented below mentions that many studies explore the impact of telemedicine in ICU, but none focus on the PCU settings.

PCU is care provided to hospital patients who need a higher level of care and monitoring than those on the surgical or medical floor but less than in the ICU. So, it’s an intermediary level of care.

The study conducted in an extensive Florida healthcare system between 2011 and 2016 set out to determine the impact of TELE-ICU intervention on mortality, LOS, and Cost among PCUs specifically. The outcome showed that TPCU (PCU with telemedicine interventions) significantly reduced mortality in PCU and hospital and PCU LOS, even though patients in TPCU were older and had greater disease severity and risk of mortality. Also, enhanced post-PCI hospital LOS and total average direct costs were consistent with better survival rates. The telemedicine intervention decreased overall mortality and LOS within PCUs without major cost incurrences.

Telemedicine is an almost tailor-made software solution for ICU medicine. A physician quoted in the study above says that from a physiological viewpoint, ICU medicine requires demanding hands-on provider-patient contact. Therefore, the positive results of the study are not surprising as such software provides full remote access to all information required to guide the caregiver at the bedside.

More studies are in progress examining outcomes for ICU patients with COVID-19 who obtained TELE-ICU care. Most likely, these studies will show that generally, TELE-ICU decreases hospital-acquired infections by minimizing the number of caregivers who need to be in a room with a contagious patient. Specifically, the COVID-19 pandemic has been a real-time test for the benefits of telemedicine in the ICU. 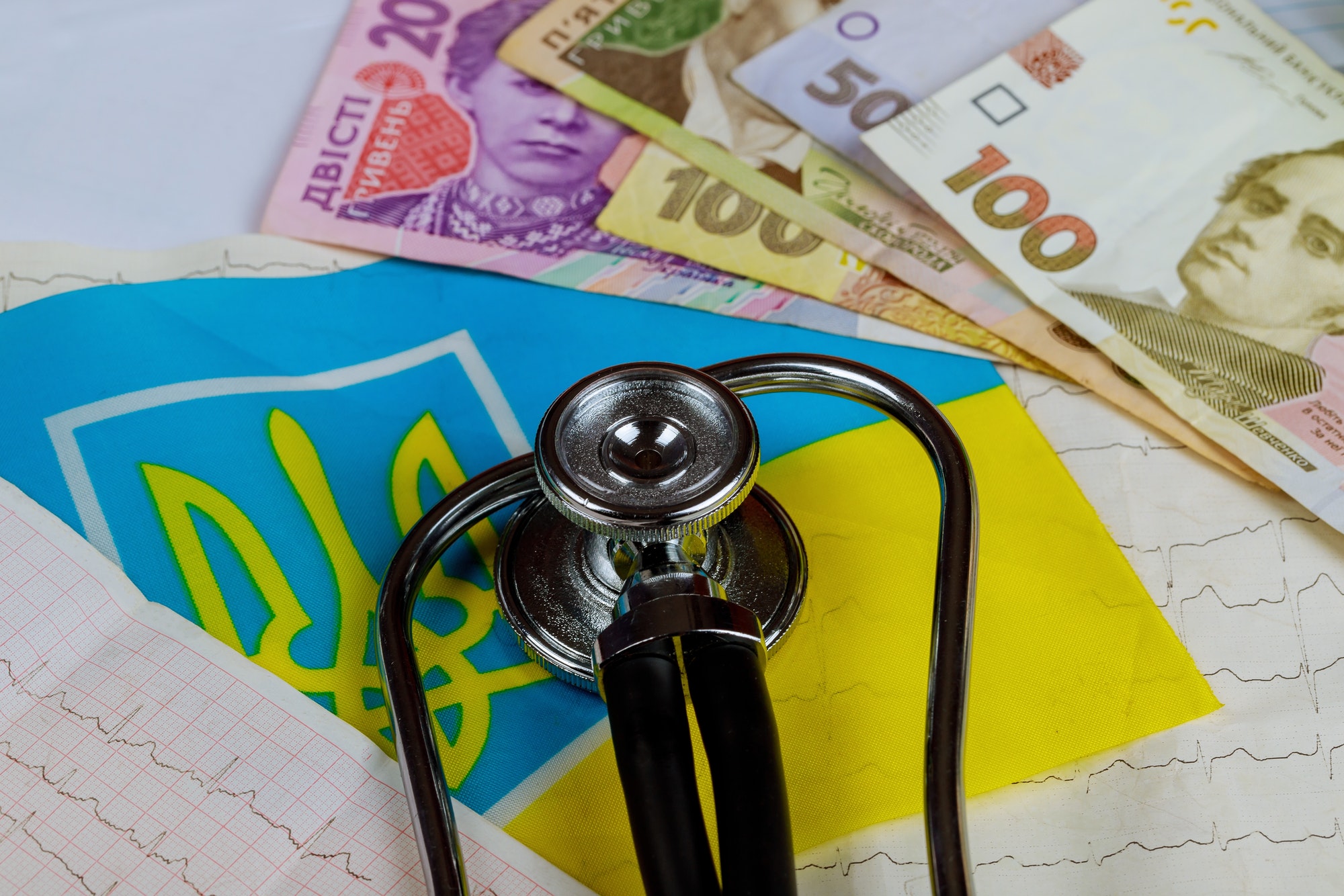 Telemedicine has undergone significant advancement and improvement since the advent of the COVID-19 pandemic. During the pandemic, telemedicine has helped overcome many hurdles facing the healthcare industry. For instance, telehealth has enabled patients easy access to health care without patient and/or provider infection risk. In hospitals, eICU has enabled staff to minimize risky physical contact with patients and has given hospitals increased access to intensive care specialists despite their being in short supply. The challenges and needs of the COVID-19 pandemic drove a quick shift from reliance on traditional healthcare methods to the implementation of TeleICU and other telehealth modalities. The lessons learned from the COVID-19 crisis have been applied to the growing war-related, healthcare crisis in Ukraine. 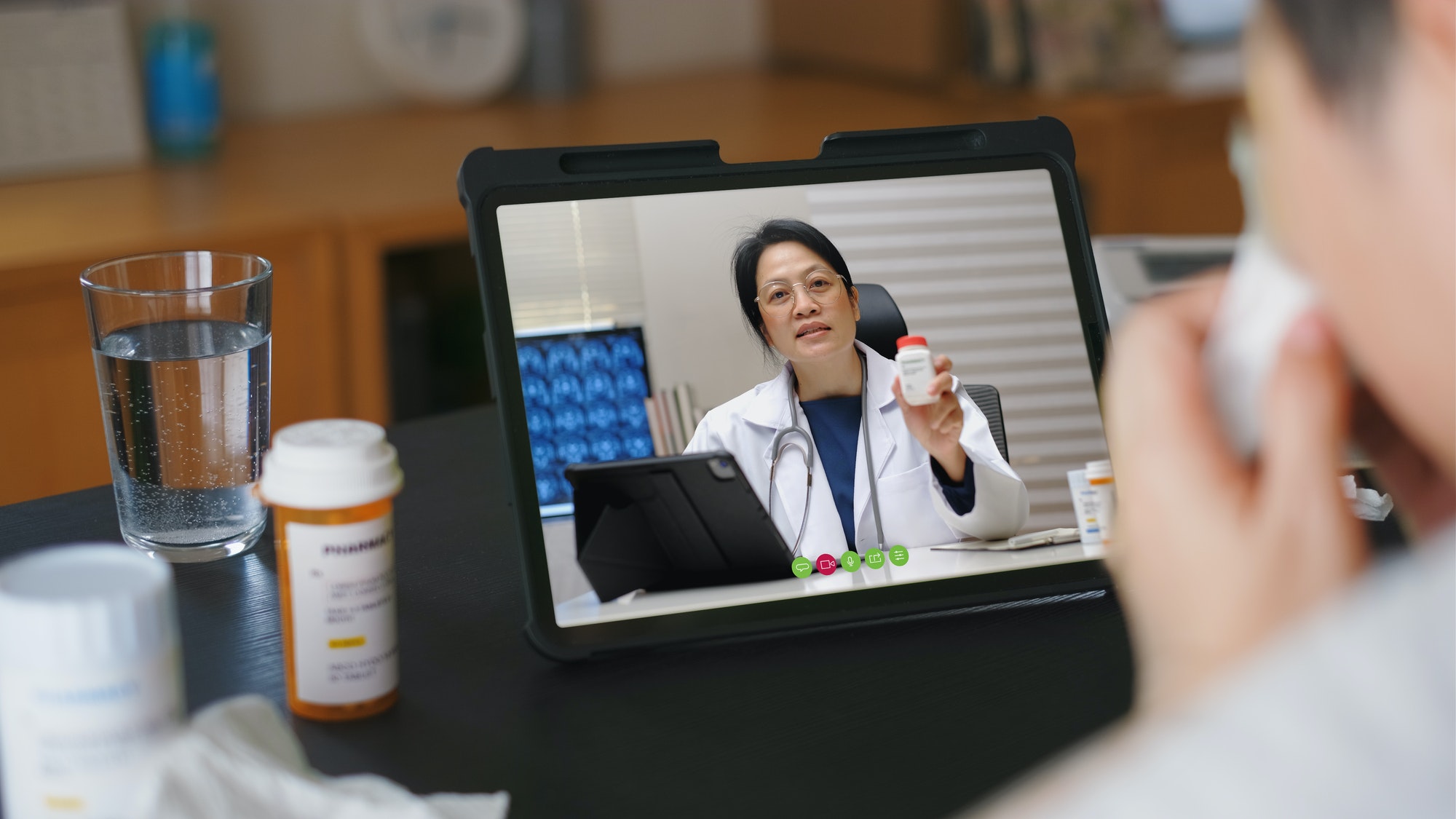 The Emergency Care Research Institute (ECRI), a non-profit which focuses on patient safety, has issued a report outlining the top ten concerns that could jeopardize patient safety. The report is unique in that the focus is not on typical safety issues such as hospital-acquired infections or shortages of lifesaving machines like ventilators. Instead, the report deals with risks which are related to healthcare providers themselves. Here we explore these risks and how telehealth, particularly eICU, can alleviate them. 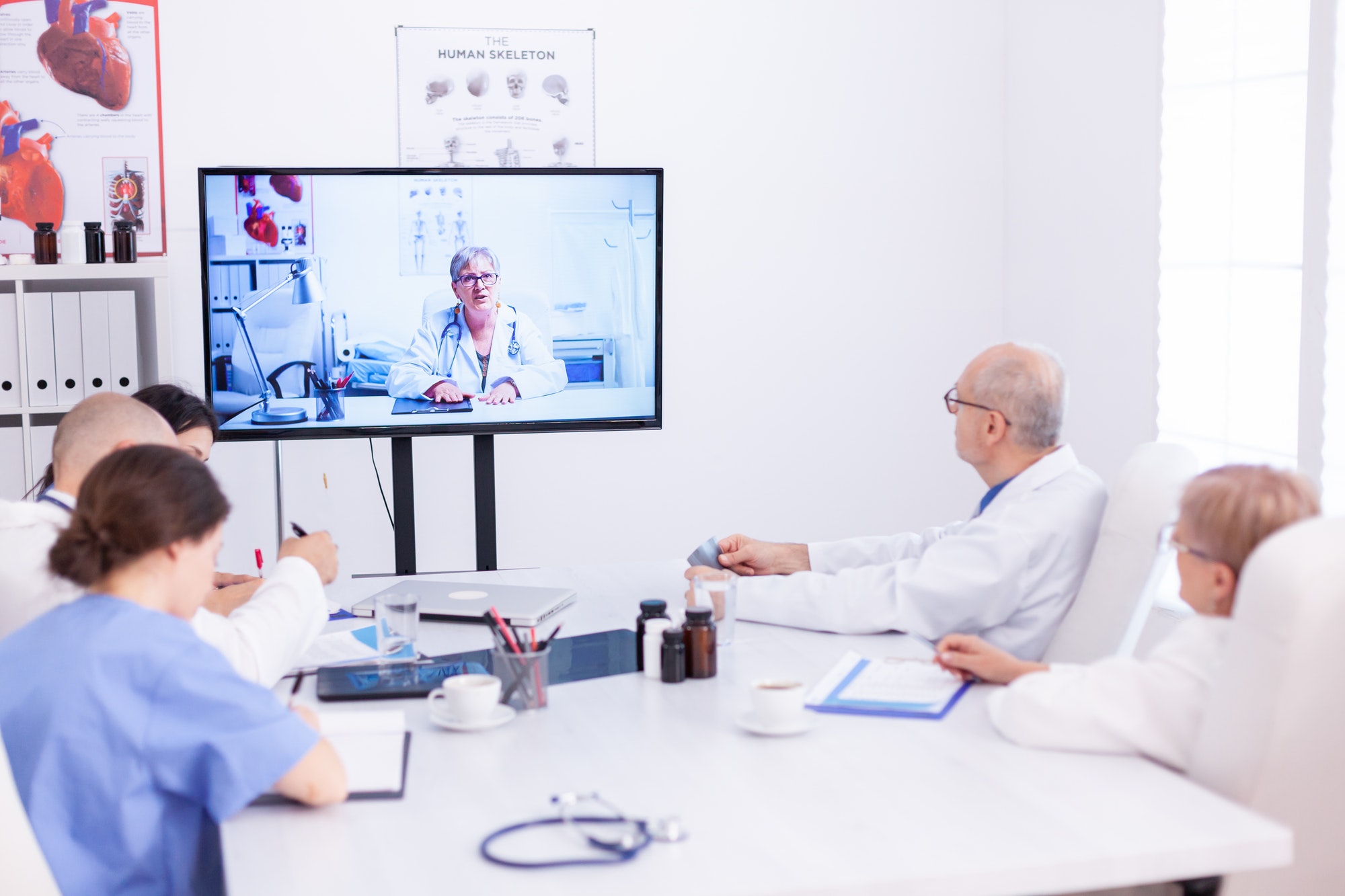 TeleICU is an increasingly vital cog in facilitating patient access to medical expertise. As the SARS-COV2 virus crisis (COVID-19) has exacerbated hospital staffing shortages, telemedicine has stepped in to create what can be described as ‘virtual hospitals.’ 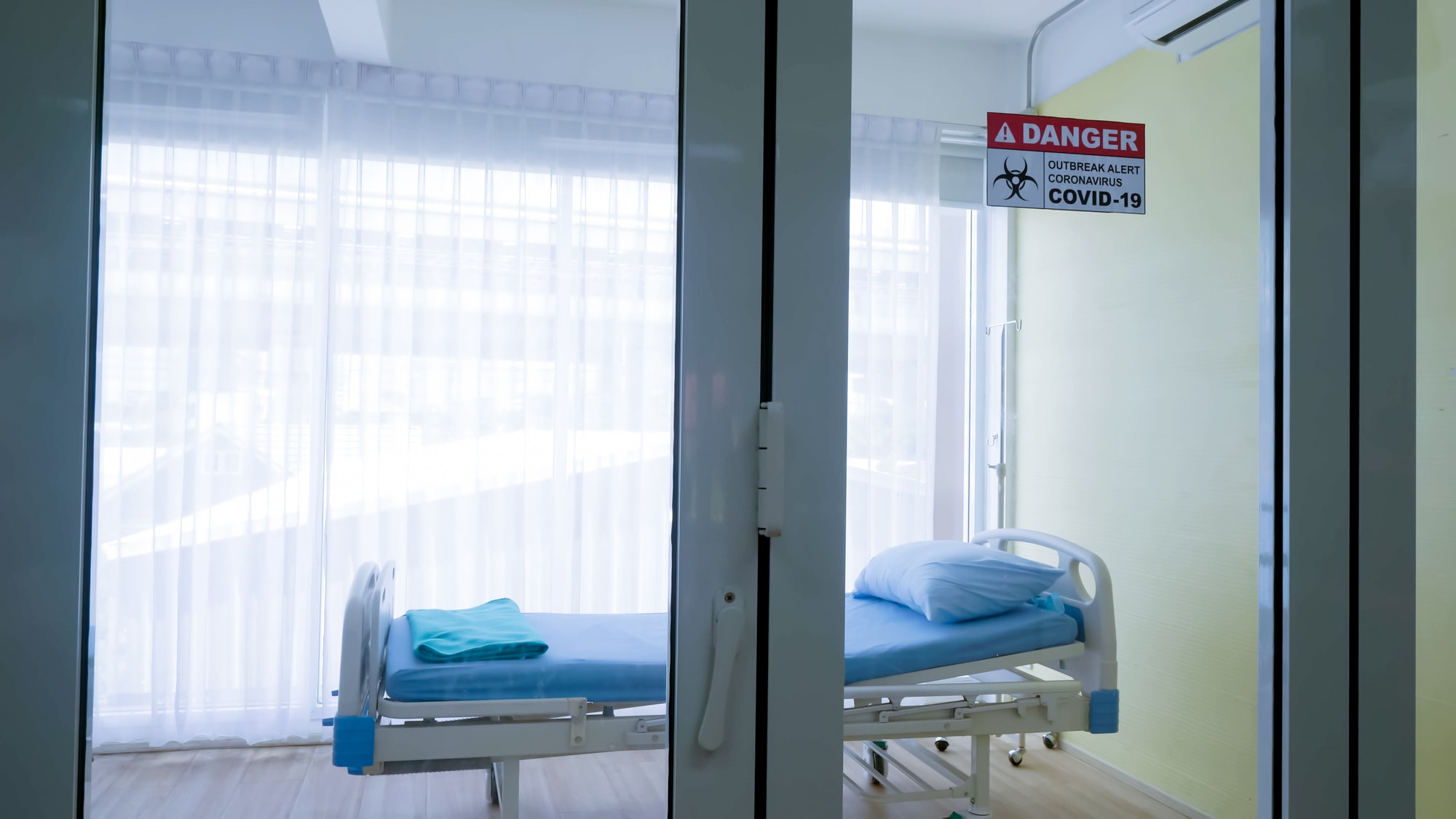 In the second installment of this series, we explore challenges in identifying hospital-acquired infections (HAIs) and the importance of teleICU or e-ICU.

How does one know it’s an HAI? Learn more about HAI >>> 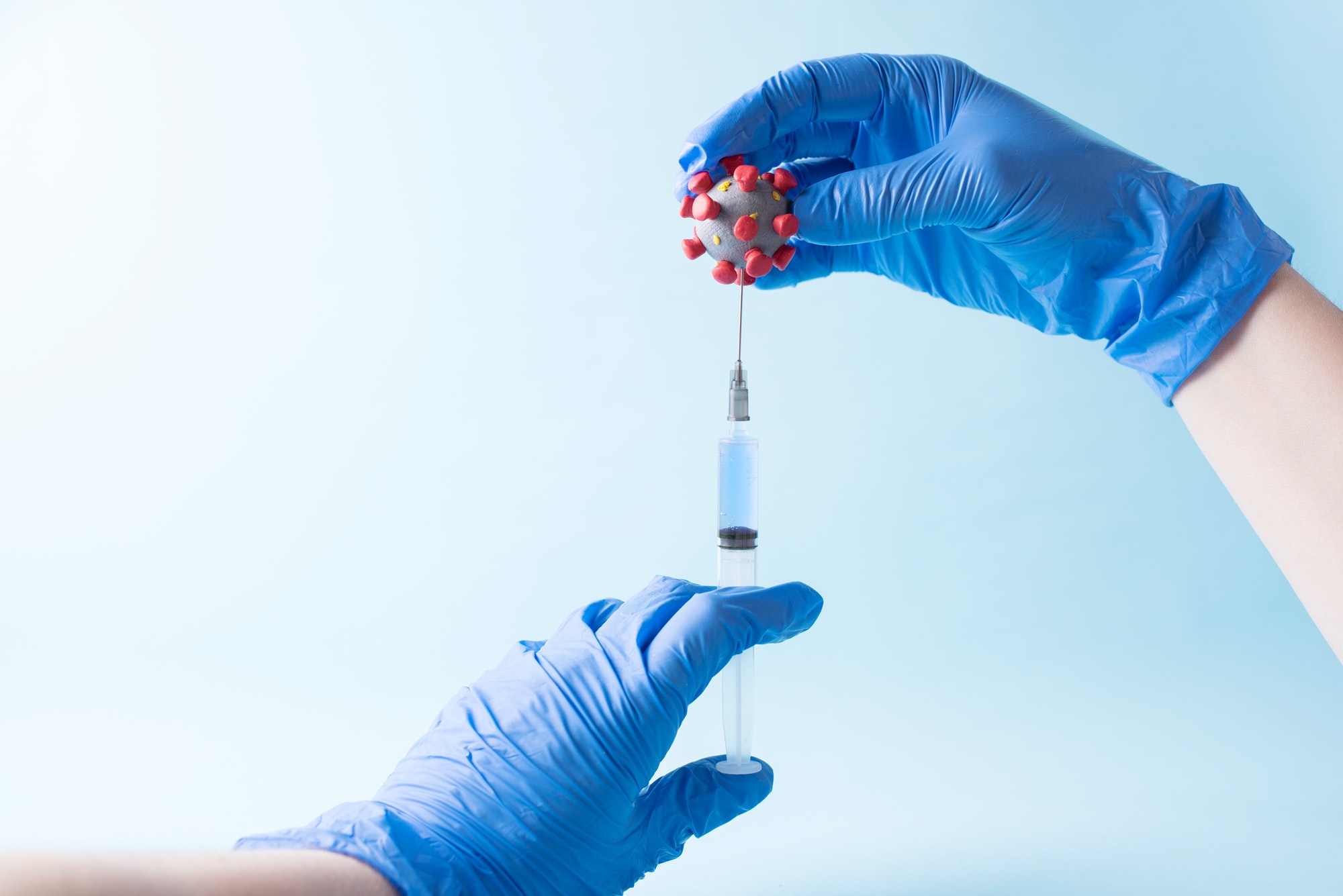 Many people avoid hospitals for fear “catching something” they didn’t have beforehand. This fear may sound like a misconception or based in folklore or legend; however, there is actually some medical basis to it: hospital-acquired infections (HAIs). The alarming statistics of HAIs are another reason for hospitals to consider implementing TeleICU solutions. 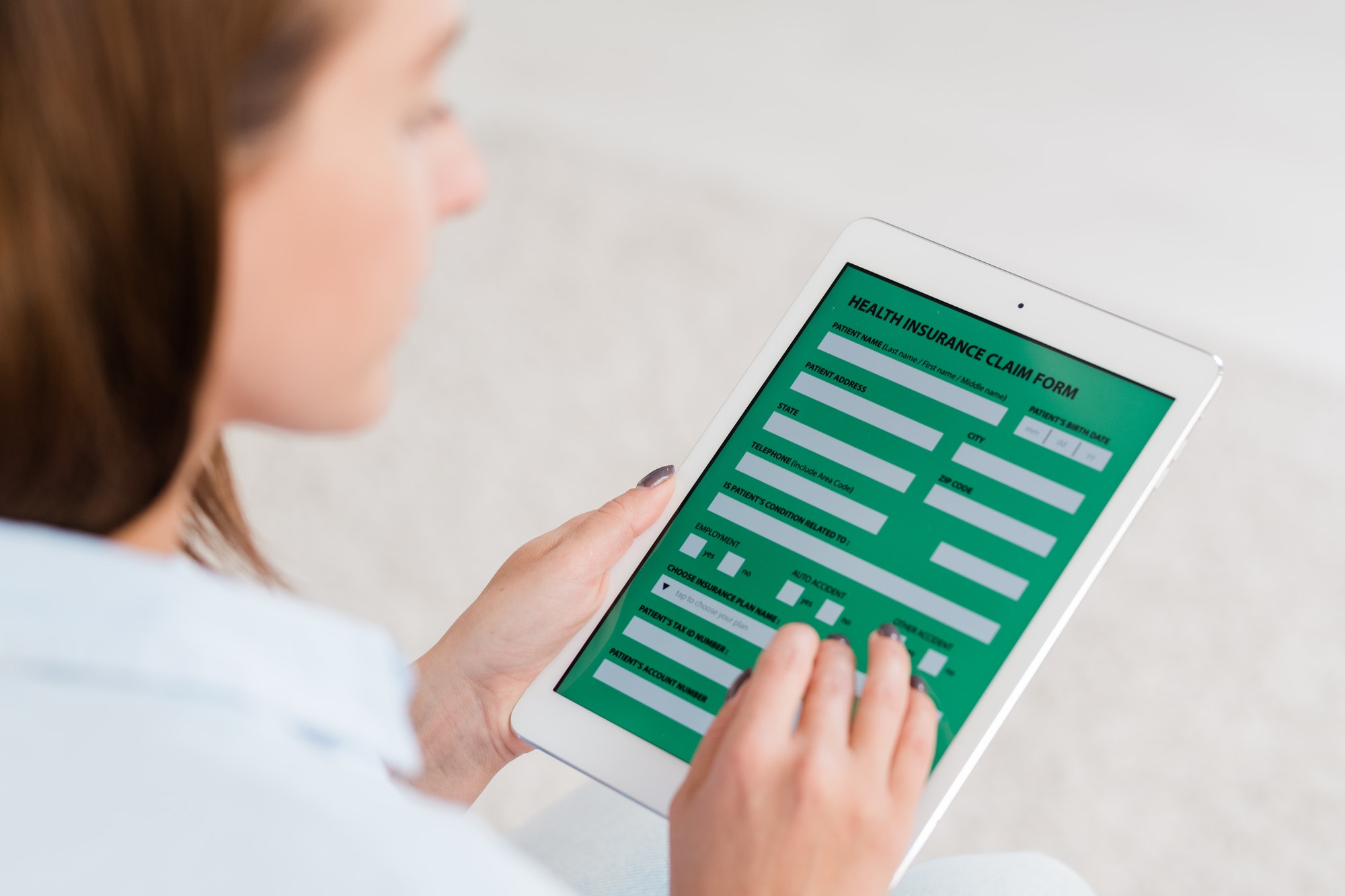 What is an EHR, and How Does it Complement eICU?

eICU and EHR. Now, more than ever, researchers are pointing out the potential value of incorporating EHR technology into eICU (electronic intensive care unit) systems as the industry evolves. 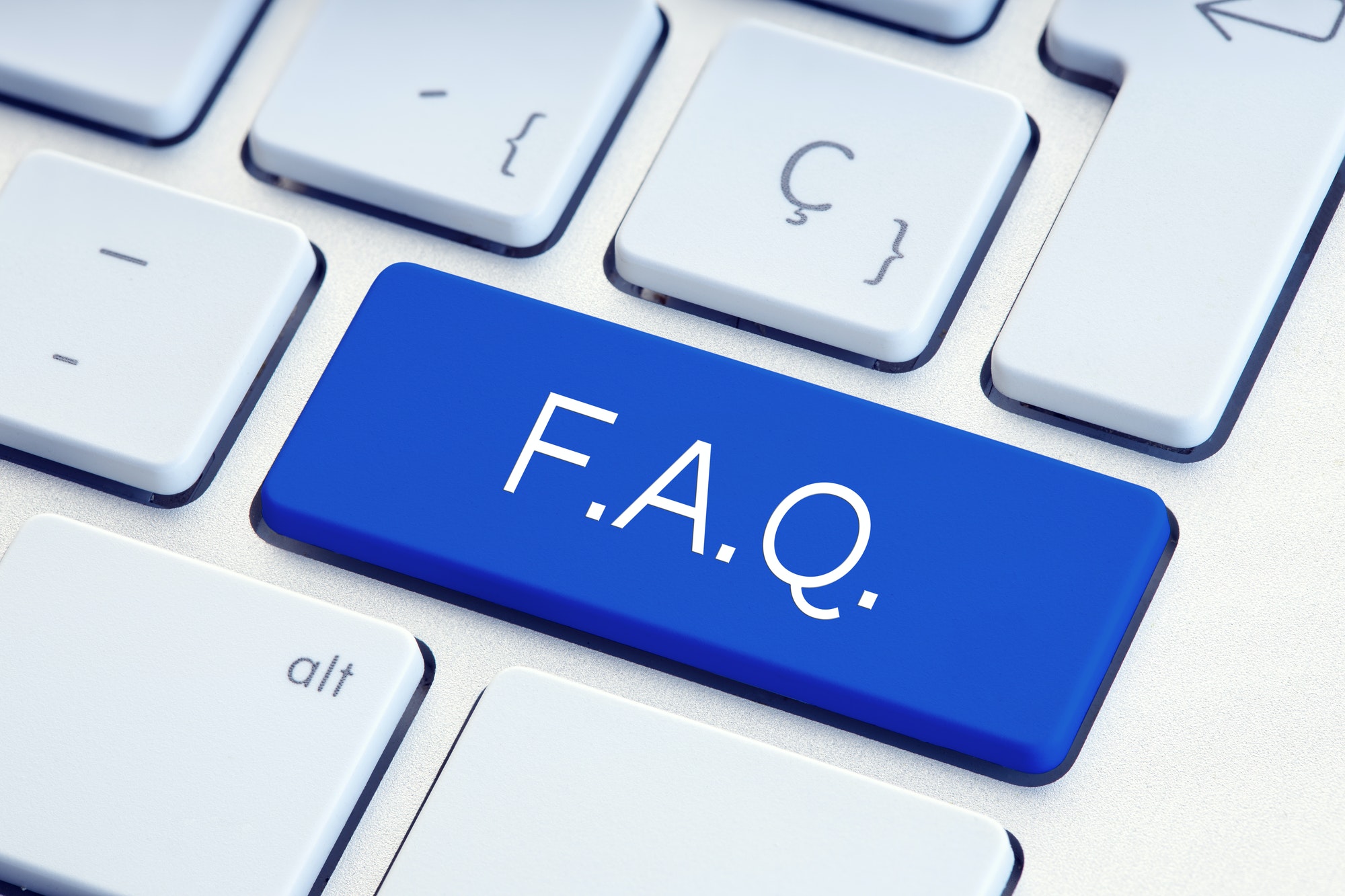 Your Questions About ICUs and TeleICU Answered

The thought or topic of a hospital ICUs (Intensive Care Units) raises feelings of fear and vulnerability in many. However, knowledge is power, and understanding more about ICUs, especially the benefits of TeleICU solutions, can put you at ease should you or your loved ones ever need to visit an ICU. 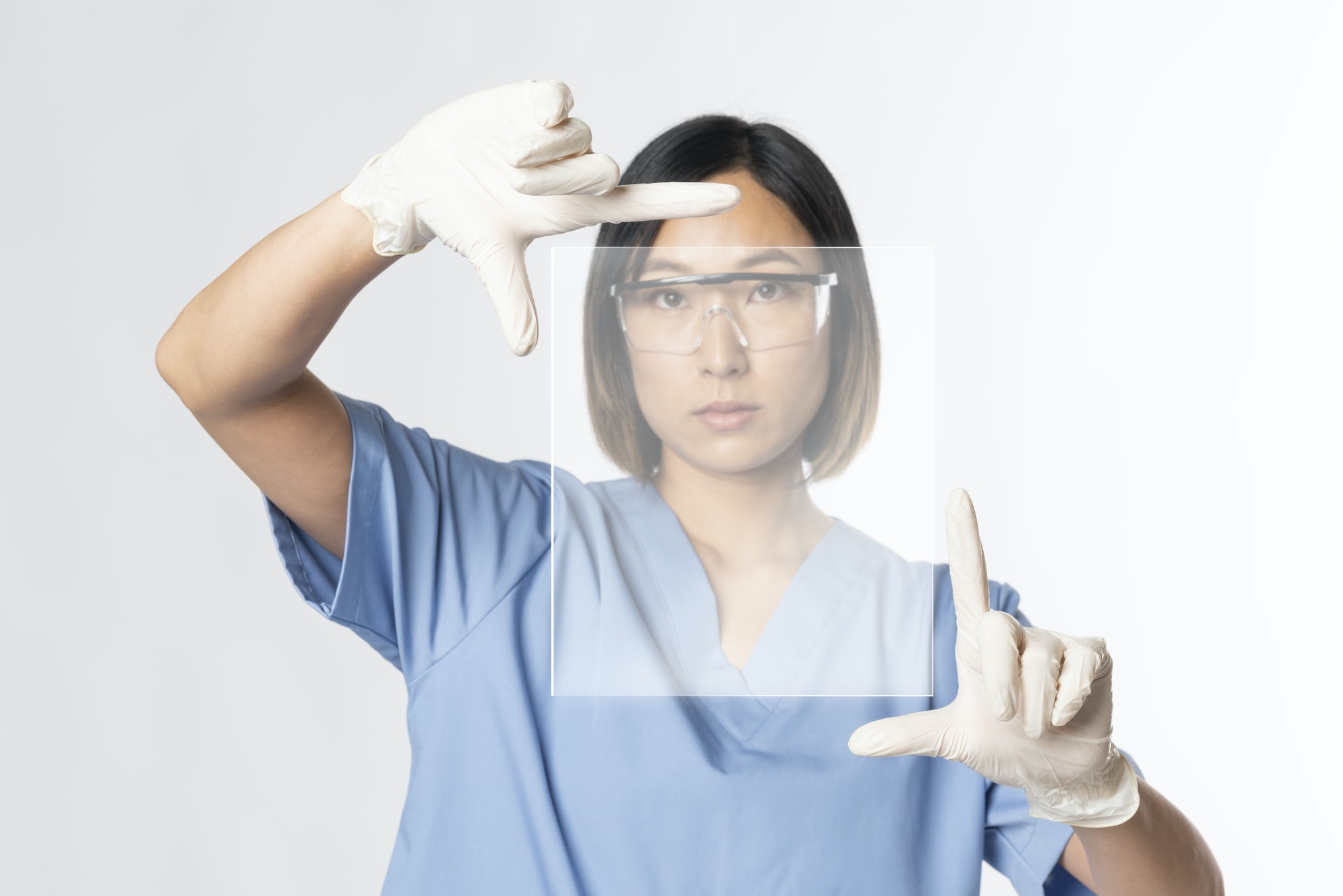 eICU – The Future of ICUs and Healthcare

Medical technology has come a long way since the stethoscope, the MRI, and the disposable catheter. Today, many factors including Covid-19, that forced healthcare into the future, including a growing geriatric population 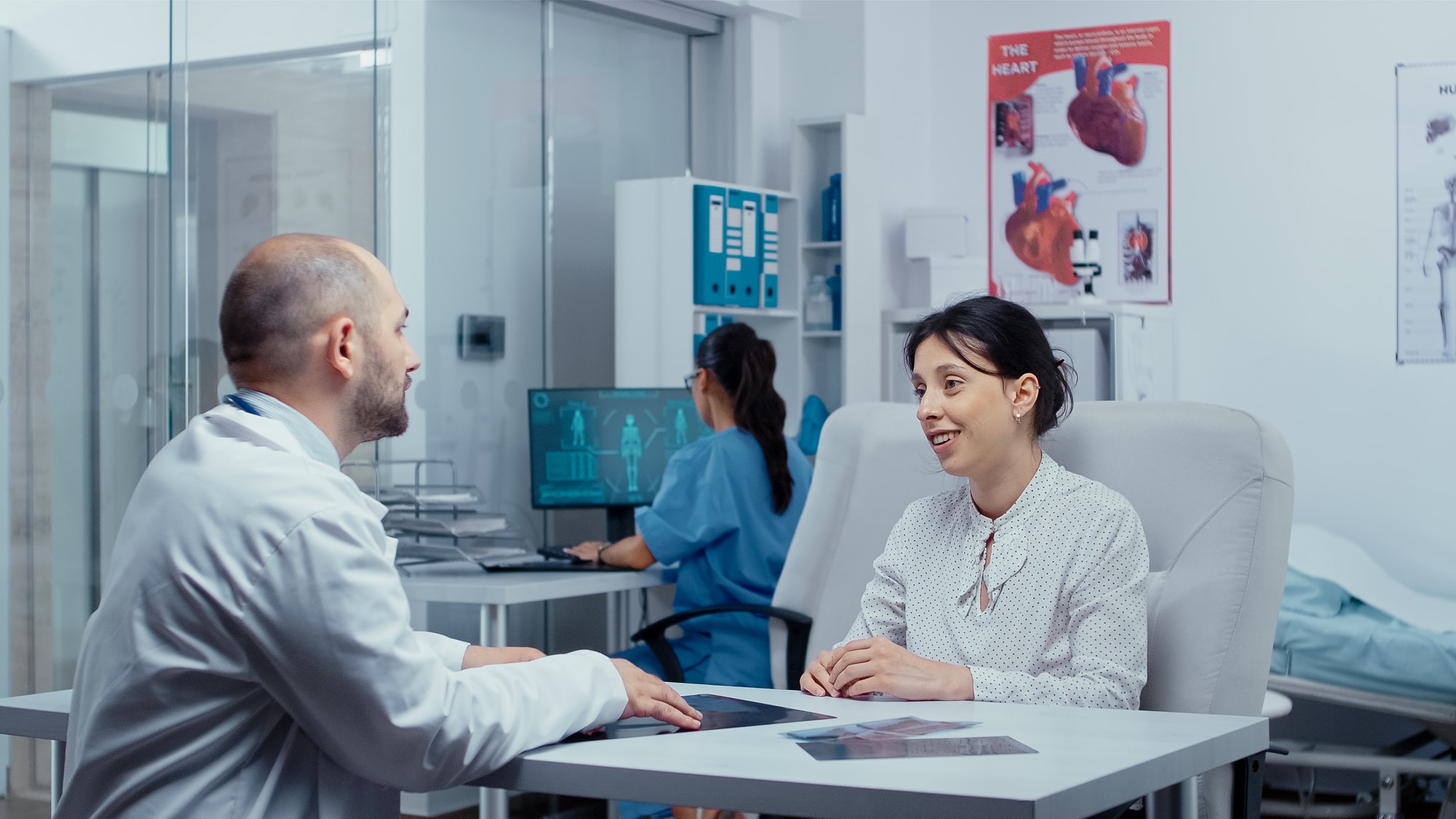 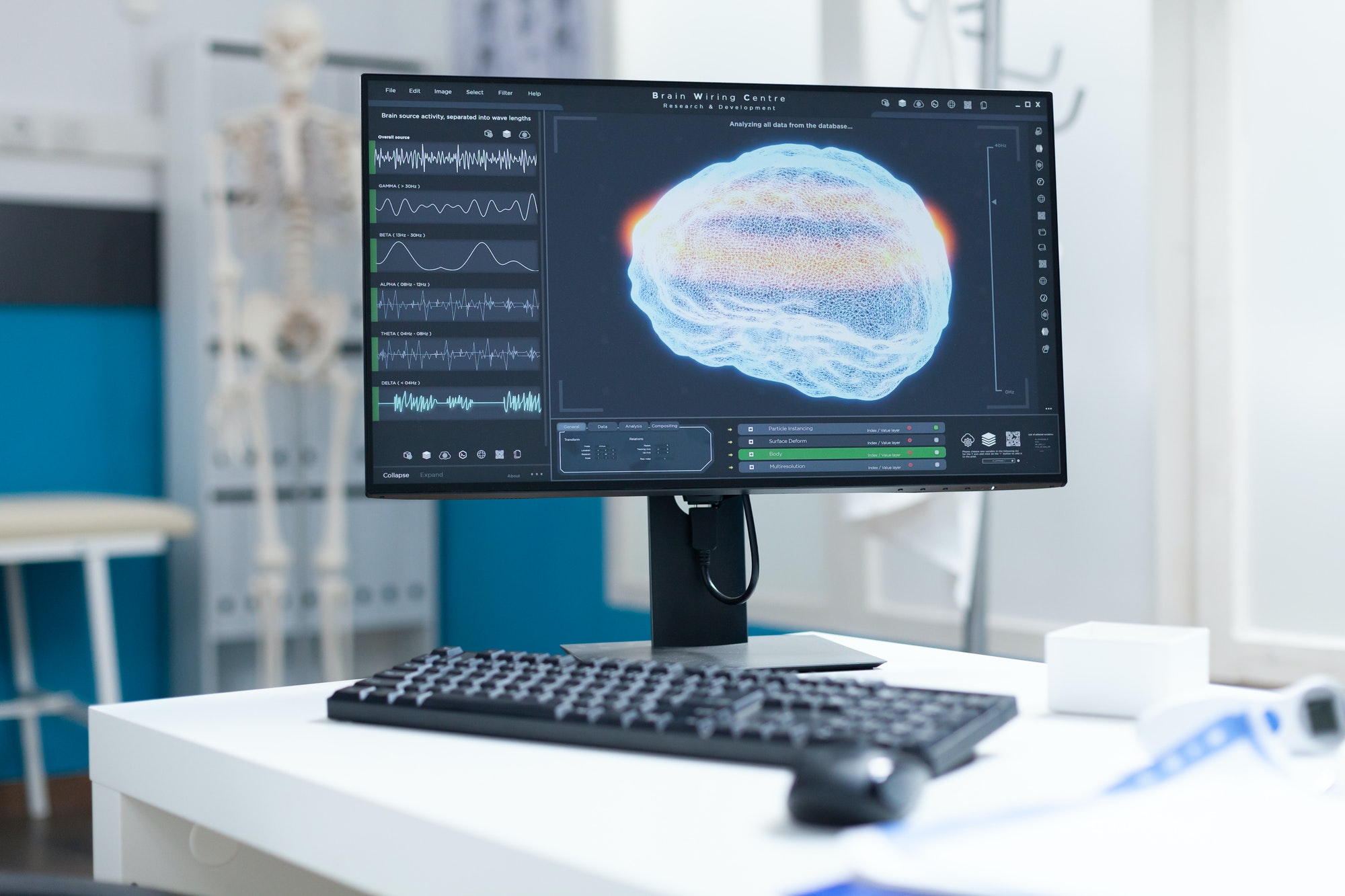 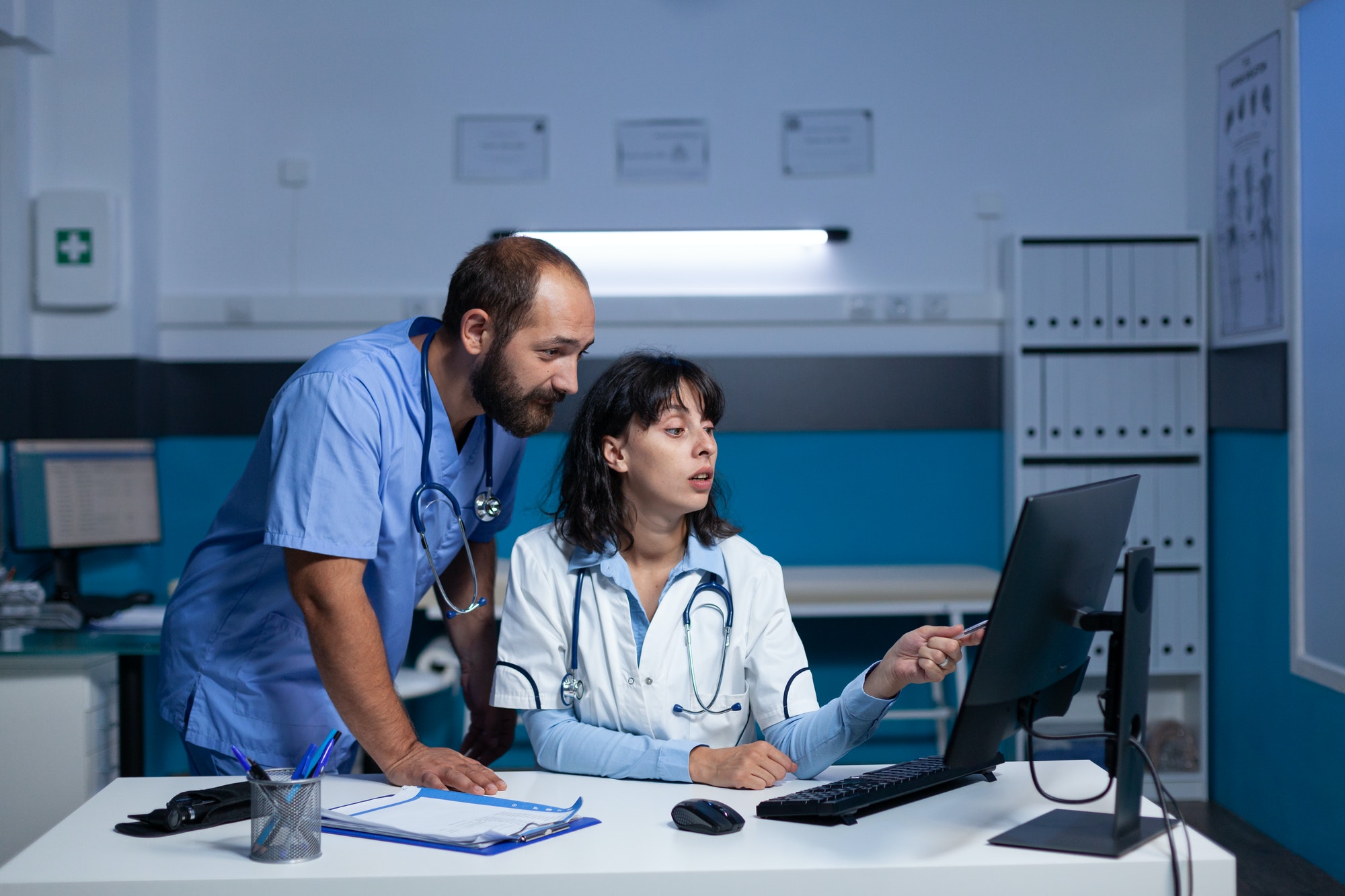 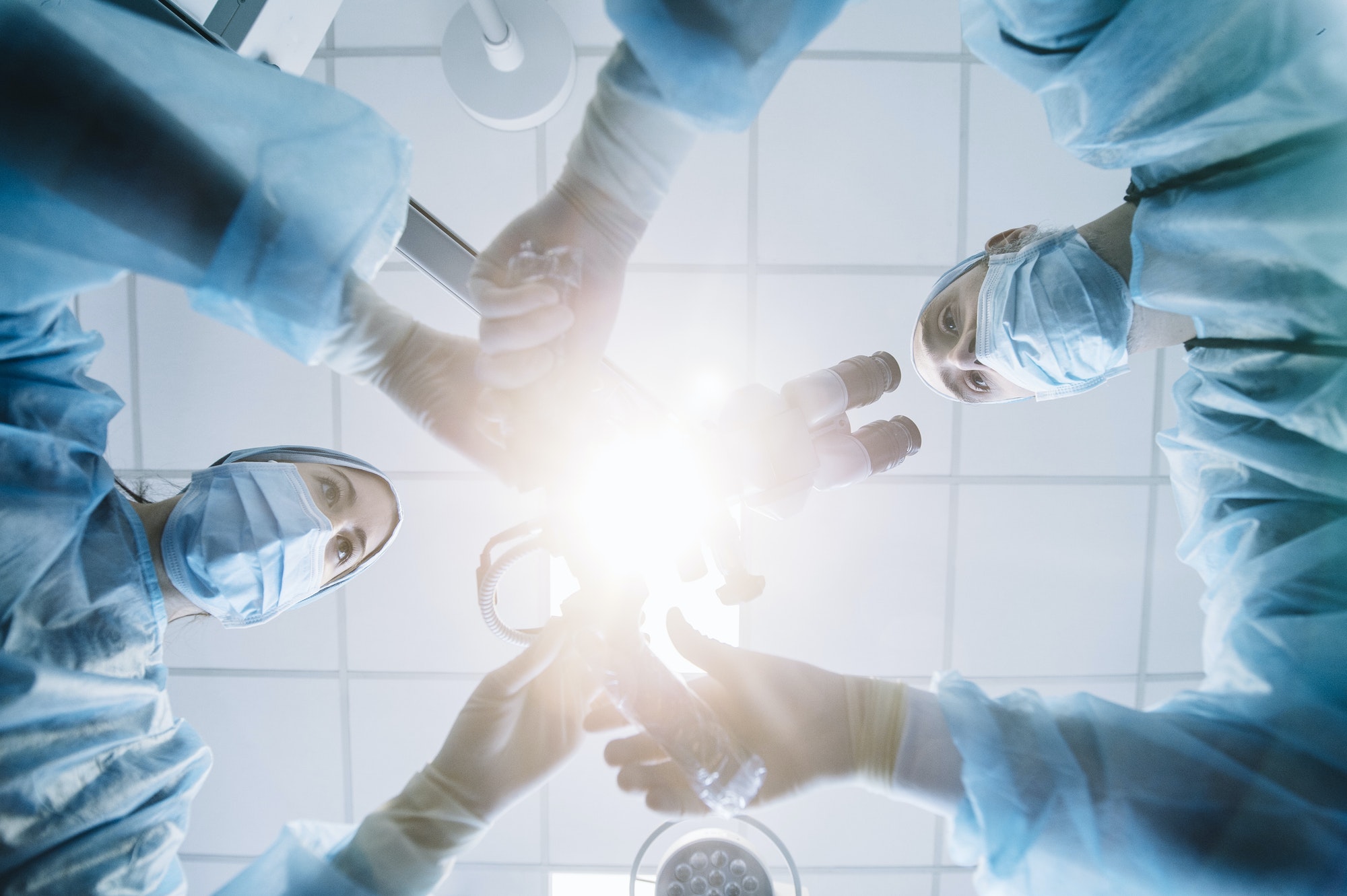 The disparity between ICUs with and without board-certified intensivists in the US is widening. TeleICU implementation continues to grow in the US, with 18% of adult ICU beds already covered by TeleICU 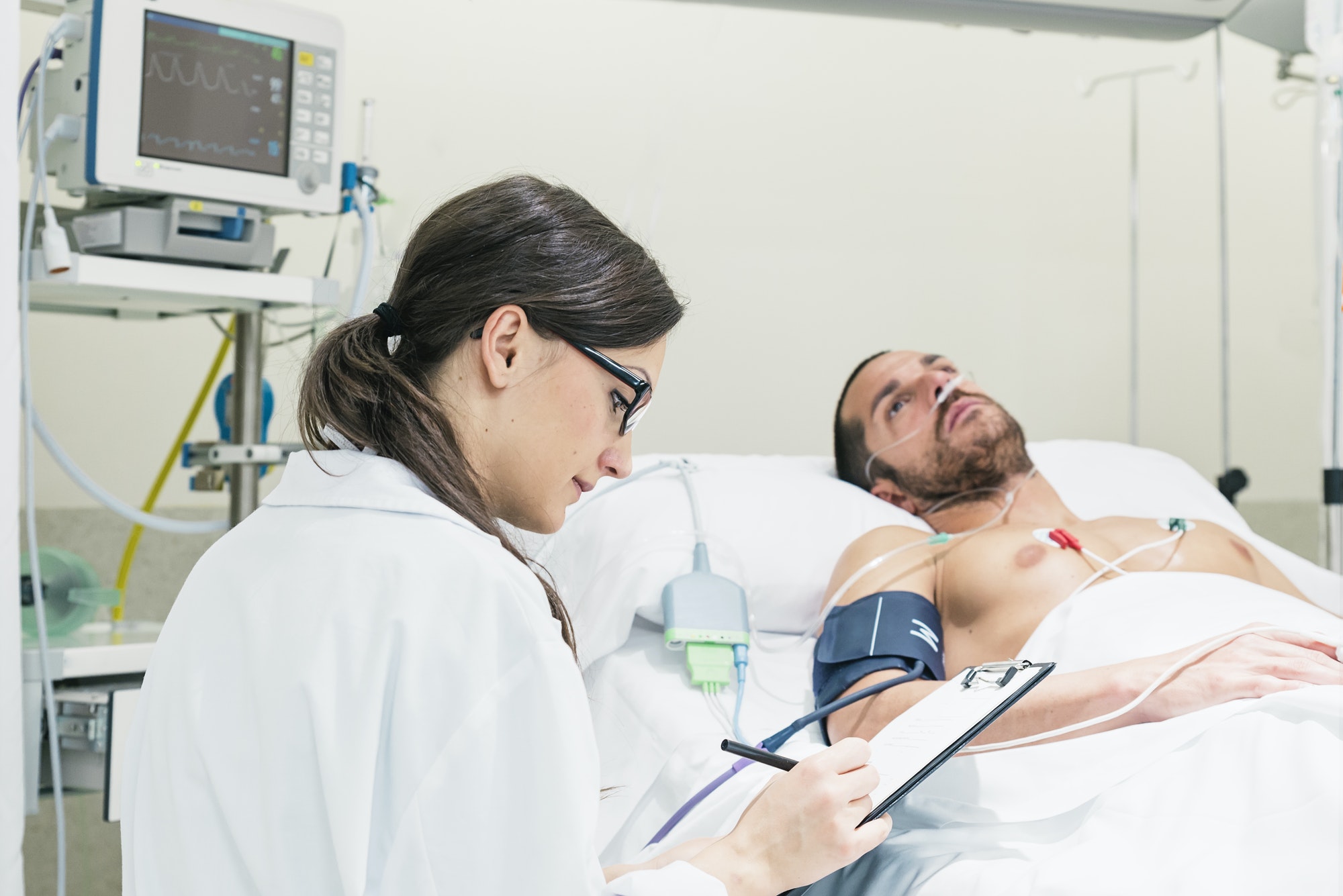 Should All Hospitals Implement TeleICU?

TeleICU implementation is a growing trend in the health care industry, among hospital systems, and among individual hospitals. 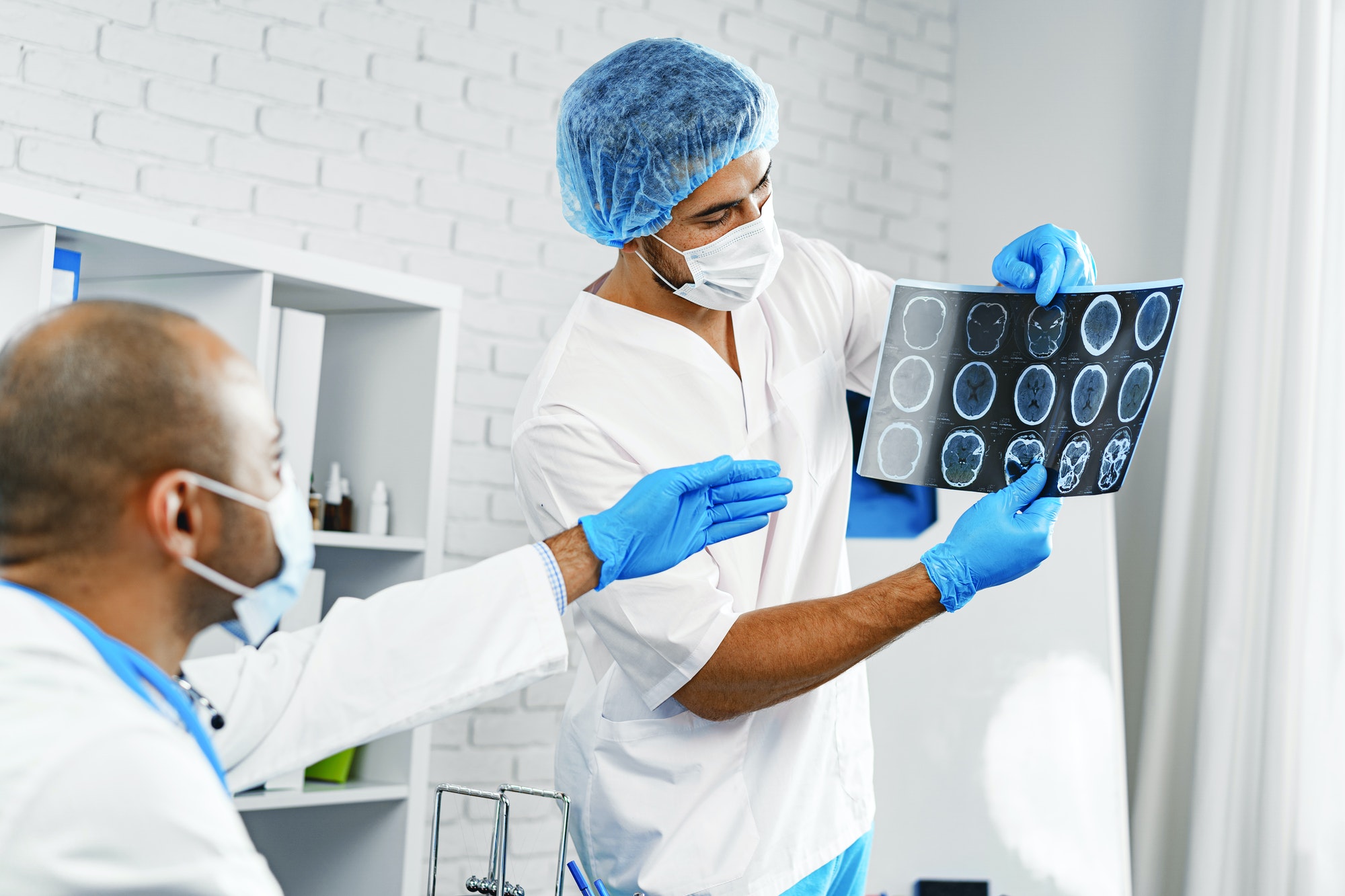 The importance of tele-stroke: tPA for acute ischemic stroke

The importance of tele-stroke and Tissue Plasminogen Activator (tPA)

Tissue Plasminogen Activator (tPA) is a potential lifesaving medication which can be administered to certain stroke patients. 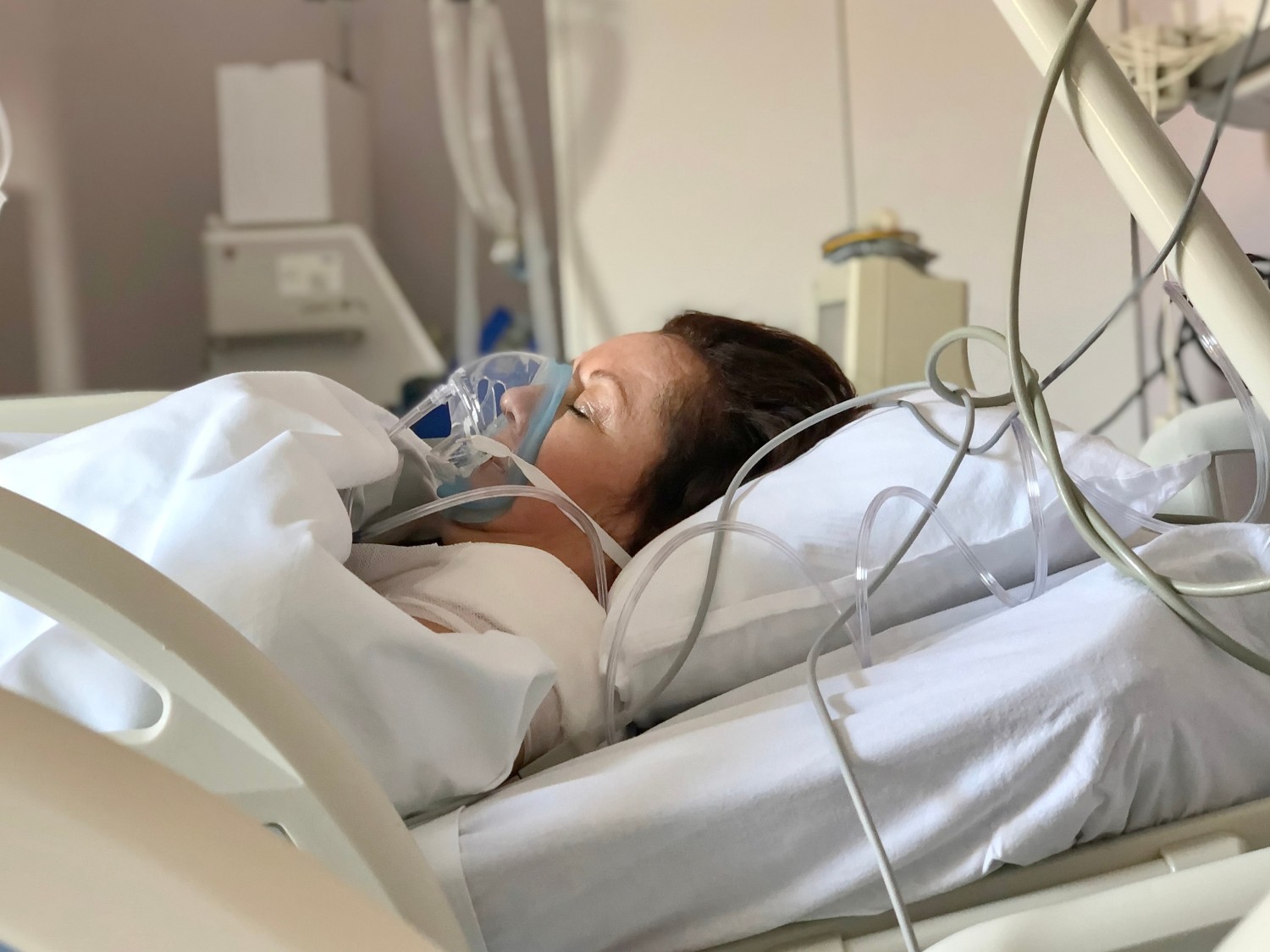 How we help achieve Leapfrog compliance

Today, rules and regulations are in place in most industries in an effort to ensure that best practices and safety standards are followed. 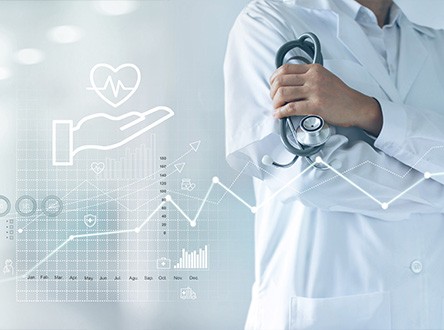 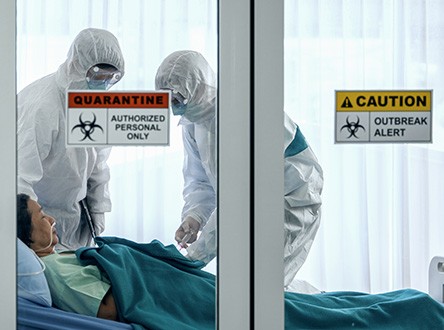 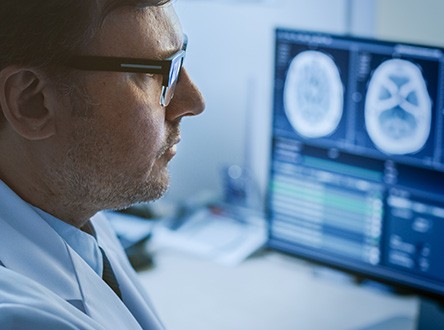 Learn More About Our Solutions

The blog articles appearing here were written by an outside, unrelated party and do not necessarily express the opinions or views of or associated with the RemoteICU brand or the individuals associated with the RemoteICU brand. Individual blog articles are not necessarily endorsed or supported by RemoteICU nor reviewed and accepted by individuals associated with RemoteICU. The blog entry is provided simply to address and create interest in topics of import related to telemedicine. Your own independent research and decision-making and seeking of expert / professional opinions are required before you make any decisions whatsoever or form any opinions with respect to any topics addressed therein. Click “I Consent” at the end of this paragraph to consent to accepting the terms and conditions in this disclaimer in order to continue reading the blog.